With effect from 6th April 2015, the Employment Allowance has now been extended to include individuals who employ personal carers and support workers. Such individuals who were previously excluded from claiming the allowance in tax year 2014-15, will now be entitled to deduct up to £2,000 per annum from their liability to pay secondary Class 1 Employer National Insurance contributions (NICs).

The new measure is intended to support individuals who need to purchase care for themselves or others.

Shared parental leave has now officially come into effect, meaning parents whose babies are born, or whose children are adopted, on or after 5th April 2015 will now be able to share a 50-week pot of leave.

285,000 working couples a year are expected to be eligible for shared parental leave, according to the Department for Business Innovation and Skills.

How does it work?

· Both parents can be off work at the same time or can take turns to take time off to look after the child.

Statutory shared parental pay will be paid at the rate of £139.58 a week or 90% of average weekly earnings, whichever is lower

To qualify for Statutory Shared Parental Pay, one parent must be an employee and must pass the continuity of employment test (they must have worked for the same employer for at least 26 weeks at the end of the 15th week before the week in which the child arrives), whilst the other must meet the employment and earnings test (must have worked for at least 26 weeks in the 66 weeks leading up to the due date and have earned above the maternity allowance threshold of £30 week in 13 of those weeks).

There are just six weeks to go until mothers and fathers with babies due on or after 5 April 2015 can start sharing up to 50 weeks of parental leave.

285,000 working couples a year are expected to be eligible for Shared Parental Leave (SPL), with parents giving their employers 8 weeks’ notice of the pattern of leave they intend to take.

To help parents understand their rights and responsibilities, BIS and Acas have shared the following tips when considering Shared Parental Leave:

HMRC have this week released more details on how the Marriage Allowance (previously referred to as Transferable Allowances for Married Couples and Civil Partners) will operate from April 2015. The allowance means a spouse or civil partner who does not pay tax, or does not pay tax above the basic rate of income tax, can transfer up to £1,060 of their personal tax-free allowance to a spouse or civil partner, as long as the recipient of the transfer does not pay more than the basic rate of income tax. This could represent a saving of up to £212 per year for eligible couples.

Registering for marriage allowance is simple and quick – and it is all done at www.gov.uk/marriage-allowance. There’s guidance for couples to check their eligibility for the new allowance, and registration only takes about three minutes. From April, HMRC will begin inviting those customers who have registered their interest to be among the first to apply using the new online service. Customers who choose not to register early, however, will not lose out. Instead, they will be able to make an application later in the 2015-16 tax year and still receive the full annual allowance.

To support the change, both the transferor and recipient’s tax codes will be amended. This will in turn introduce two new tax code suffixes as follows:

These new tax suffixes will not be used on tax codes prior to April 2015, but will be used on P6 coding notices from April and, in due course, P9 and P9X uprating notices.

For more information on the above, HMRC’s announcement ‘Registration opens for new married couples tax break’ can be viewed at:

Transferable Personal Allowance – will you benefit?

On 6th April 2015, a new tax break will come into effect which is expected to benefit four million married couples in the UK.

The transferred personal allowance will primarily benefit single earner households, where the personal allowance of a non-earning spouse was previously wasted, and will act as a tax reducer for the recipient with a reduction in income tax of up to £212.

Additionally, it will not be available to non-UK domiciled individuals who elect to pay tax on the remittance basis of taxation or non-UK residents who would be higher or additional rate taxpayers if their worldwide income was within the scope of UK tax.

A simple online eligibility checker and initial registration process is due soon from the HMRC.

Employers fined by The Pensions Regulator over auto-enrolment failures

More than 160 employers were issued with fixed penalties of £400 last year after The Pensions Regulator (TPR) ramped up the use of its powers for auto-enrolment failures.

166 businesses were issued with fines in the last quarter of last year, compared to only three firms receiving penalties in the previous nine months. This increase coincided with a bulge in the number of medium-sized firms obliged to complete auto-enrolment last year.

There was also a surge in the number of compliance notices issued in the final quarter at 1,139, compared to 163 between July and September 2014. Employers are obliged to a submit a formal document, known as a declaration of compliance, to the regulator within five months of the firm's start date for the auto enrolment process.

The Pensions Regulator spokesman, Charles Counsell, has made it clear that it expects more firms to be fined as the enrolment process gathers momentum. "The number of employers approaching the date when they must confirm that they have complied with new workplace pensions duties (known as a declaration of compliance) is now beginning to rise significantly," he said. "With the mass market roll out of automatic enrolment to large numbers of small businesses in the coming months, we expect to see an increase in how often we need to use our powers."

The main reason for not signing up employees to a pension scheme on time seems to be that some employers have just not given themselves enough time to prepare. The regulator recommends that firms start planning at least a year before their staging date for beginning their auto-enrolment process.

Automatic enrolment - Look out for a letter from The Pensions Regulator!

The Pensions Regulator will be issuing a one-off letter to all small and micro employers between the end of January and May 2015 to ensure they know when their new workplace pension duties start.

The letter will provide key information such as their PAYE reference number, the date the law applies to them and the process through which they can provide a nominated contact to the regulator to receive regular, useful and relevant information in the run up to the date at which they need to comply with their duties.

You can find out your staging date at any time by simply entering your PAYE reference into the Pension Regulator’s staging date calculator.

In light of a number of recent court judgements and the resulting changes to regulations, Acas has updated their holiday pay guidance to assist employers in calculating holiday pay.

Several key points that employers should be aware of:

The Government has also introduced regulations to take effect from 1 July 2015 to limit and clarify the maximum amount of back-dated holiday pay that can be claimed. The change will mean that when making claims for a series of backdated deductions from wages, including any shortfall in holiday pay, the period that the claim can cover will be limited to a maximum of 2 years.

Further information in addition to the above can be found on the ACAS website at holiday pay guidance. 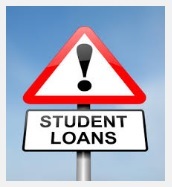 This new threshold will apply to all current borrowers for whom employers make Student Loan deductions.

BrightPay 15/16 will automatically calculate and apply the appropriate student loan deduction as per the new 15/16 Student Loan Deduction Tables.

The Department for Work and Pensions has published new guidance for both employers and employees on the ending of contracting-out of the additional State Pension.

This guidance explains the changes being made to the State Pension for people who will reach State Pension age on or after 6 April 2016.

On the 6 April 2016, the new State Pension will replace the existing basic and additional State Pension and will bring to an end contracting-out and the National Insurance rebate.

Employers who currently offer a salary related pension scheme and who will be affected by the changes are advised to speak to their pension advisor or scheme trustees to explore possible options available to them before the changes are brought in.

The Department for Work and Pensions’ guidance on this topic can be found at: