An employee’s weekly pay period runs from 29th August – 4th September. Their regular wage is £500 and they are being fully furloughed.

Therefore 3 days of the pay period fall in August and 4 days in September.

Where a pay period straddles August & September (and thus 2 claims are required), BrightPay will apportion the pay period's gross pay into each claim period on a daily basis. Each day then has a relative weighting in line with the maximum reclaimable daily wage amounts as stipulated by HMRC. This is the only method that guarantees accuracy in all scenarios.

In this instance, the pay period straddles the claim period, so we have to work out the percentage apportionment. 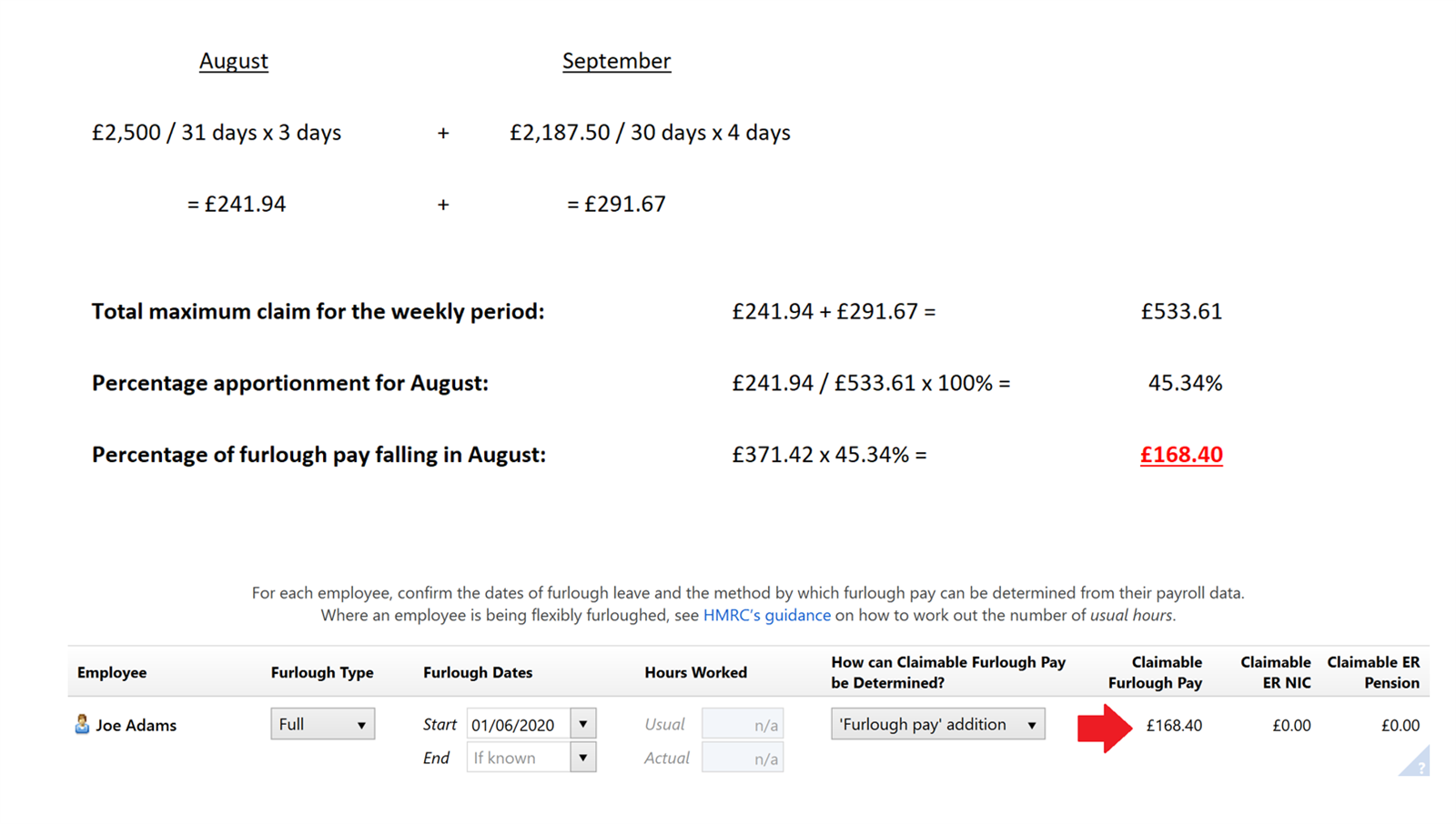 Likewise, the calculation being performed and the amount included in the September claim will be: 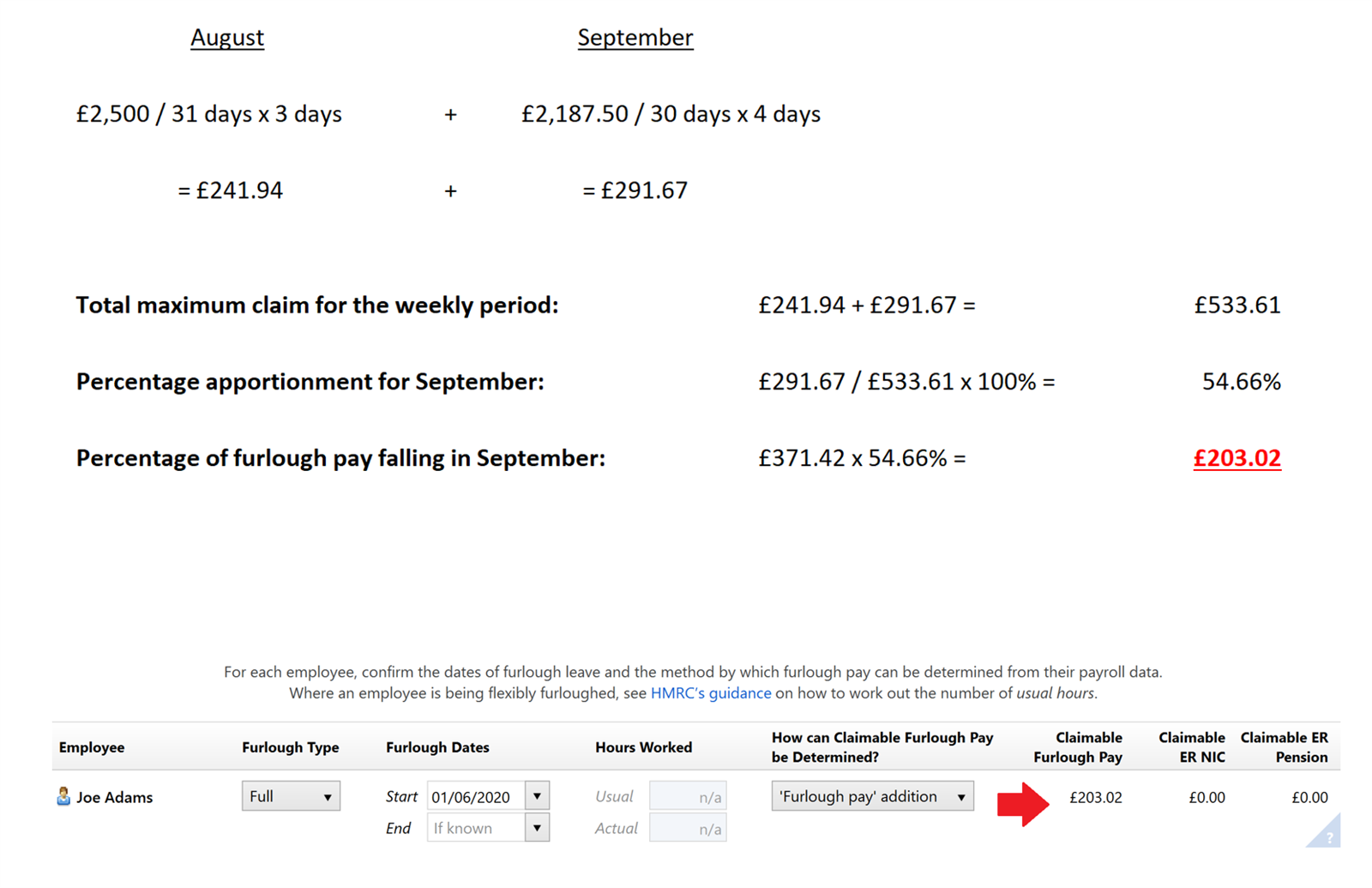