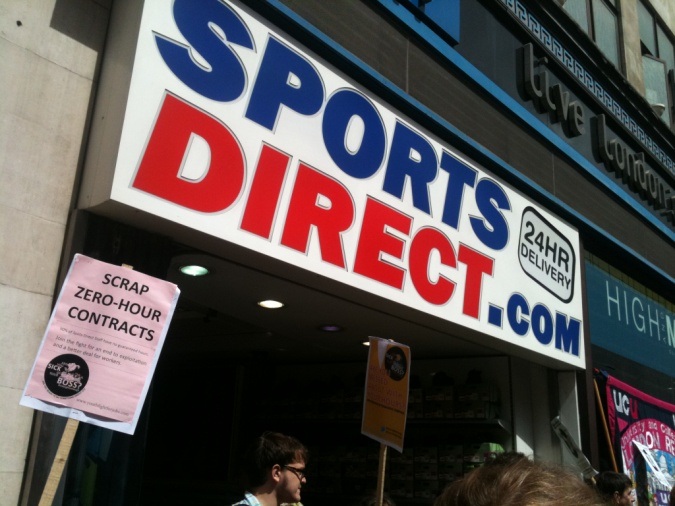 Following legal action brought against Sports Direct they will be forced to re-write their Employment Contracts for future zero hours staff to state the roles do not guarantee work.

In a legal settlement aimed at securing better working rights for the retailers 20,000 plus zero hours workers, Sports Direct is required to:

• Send copies of its equal opportunities policy to all store managers and assistant managers with a written reminder that the policy and principles apply to zero hours staff.

The employees for Sports Direct will now have the right to take holidays and to be paid when they take them. They have the right to statutory sick pay and they will have a right to request guaranteed hours. The changes that have been made mean that there will now be total transparency about what sort of contract is on offer. 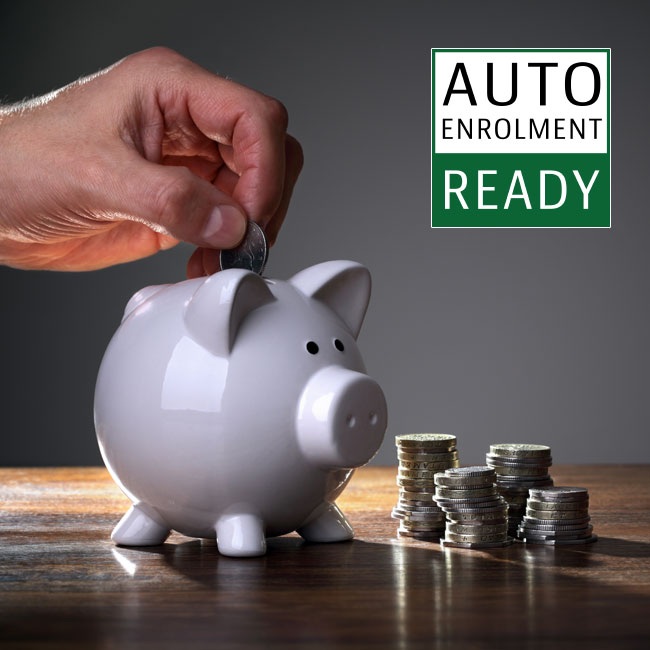 As an employer, have you taken the necessary steps to ensure your workforce has an understanding of auto enrolment? A recent study showed that one in four workers had yet to receive any information from their employer concerning automatic enrolment.

The study showed that out of more than 1,000 full time employees there was a significant uncertainty surrounding the changes to pensions, and a startling 6.1m workers in the UK are ‘confused’ over the changes to workplace pensions arrangements. 56% of them find the term auto enrolment confusing and could not say what it relates to.

As the employer, you are an important and effective channel of communication for your staff throughout the automatic enrolment process. The information you present to them can have a real impact.

In your workplace you could:

• Leave messages around on why saving for retirement is important, this can help engage staff with the subject of workplace pensions.

• Staff appreciate an explanation of what automatic enrolment means for them. For example, information about how much they'll contribute and when.

• Details of where staff can find out more on the matter e.g. online articles, email, posters and blogs.

Pensioners will be offered new freedoms to dip into their retirement cash.

In the latest phase of the biggest shake-up of private pensions in a century, the over-55s will be able to withdraw several lump sums from their pension pots instead of just one.

George Osborne’s move raises the prospect of pensioners using their funds almost like bank accounts to invest in property or shares, pay off debts or help children and grandchildren.

The 55 per cent tax charge on pensions left to children and grandchildren is being abolished altogether.
Up until now, retirees were able to take 25 per cent of their pension tax free – a sum fixed on the day they first dipped into their pots.

However, in the Pensions Bill, the Chancellor will announce you can dip into your fund multiple times and have 25 per cent of each slice tax free. The balance would remain invested and grow, again tax free – giving savers an incentive to keep their money invested in the stock market.

Mr Osborne said: ‘People who have worked hard and saved all their lives should be free to choose what they do with their money, and that freedom is central to our long-term economic plan.

‘From next year they’ll be able to access as much or as little of their defined contribution pension as they want and pass on their hard-earned pensions to their families tax-free".

BrightPay at the Bookkeepers Summit

BrightPay directors Paul Byrne and Ross Webster were in London earlier this week for the 5th Annual Bookkeepers Summit. The event is the world's largest one-day seminar dedicated to bookkeepers and the work that they do.

Last Monday, over 500 delegates gathered in the Queen Elizabeth II Conference Centre in Westminster where they enjoyed a full day of presentations from leading speakers including the Minister for Pensions, and representatives from HMRC and The Pensions Regulator. Many of this year’s presentations were focused on auto enrolment.

The day-long event also included a drinks reception, a member’s dinner and an exhibition. The exhibition showcased various software products aimed at Bookkeepers, with BrightPay being one of the 18 stands to visit. The Bookkeepers Summit was one of BrightPay’s busiest exhibitions to date with hundreds of delegates visiting the BrightPay stand.

The event was organised by the Institute of Certified Bookkeepers (ICB) who gave away a Smart car on the day to a lucky winner. Overall, the day was a great success with many describing this year as ‘the best one yet’.

BrightPay also achieved ICB accreditation for its payroll software and the independent report can be downloaded here. 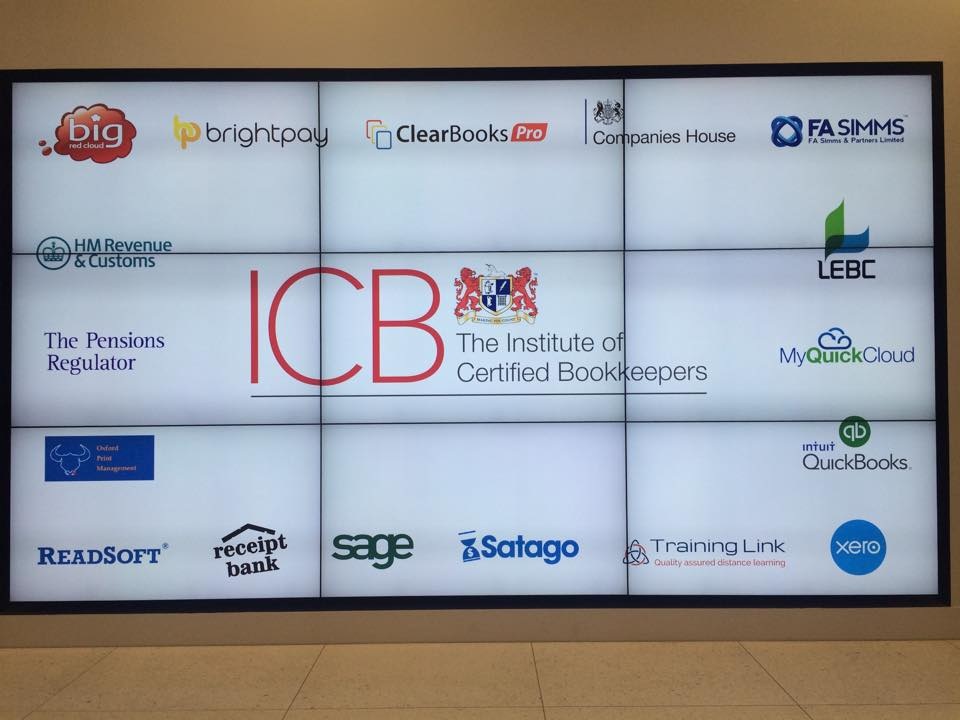 HMRC will be able to deduct up to £17,000 a year from high earners salaries to recover tax debts under new rules that came into affect recently. From April 2015 tax codes will be issued to recover money from those believed to have underpaid income tax, capital gains or National Insurance contributions.

Deductions of £17,000 would only affect those earning over £90,000 and HMRC confirmed it would not deduct more than half the salary of those liable, and it does not affect those earning less than £30,000. HMRC is required to send a letter to the taxpayer explaining their intention to withdraw debts from the taxpayer’s salary, but a taxpayer cannot prevent this from happening unless they make other arrangements to pay. Letters are expected to be issued from January next year.

A spokesperson from HMRC said: “Taxpayers welcome the option to have tax debt collected by instalment. This is a very longstanding feature of the payroll system but the increase n the current threshold will allow more tax debts to be aid in this way.”

Are you as an employer rewarding your staff enough?

In a recent survey conducted by Tower Watson Global workforce study it has been revealed that 31% of UK employers give bonuses to employees with the lowest performance rating. The group surveyed over 30,000 employees including 1,863 in the UK and found that employers are spreading the pay pot out more thinly in recent years with the effect that it is widening the gap between pay and performance.

Only 39% of UK workers see a clear link between their pay and performance. The research also found that UK organisations are not differentiating pay sufficiently for top staff.

The top consideration for UK staff when deciding to join or stay in a job remains the salary, the research found the UK bosses are falling short on how they deliver pay programmes including basic salary & bonuses. Nearly half (44%) of employees say their organisation does a good job explaining its Pay/Bonuses Programmes but not surprisingly less than half (43%) of people surveyed believe their employer rewards them adequately for breakthrough and innovative ideas and suggestions.

Do you wear a uniform to work?

Uniform tax rebate is not yet widely known, yet it affects almost 43% of the British public. It is a rebate scheme introduced by the HMRC for people who wear a uniform or protective clothing to work. Under the rebate scheme, qualifying employees may be able to reclaim tax from the past four years.

To be able to claim the tax relief, ALL of the following must apply:

· You wear a recognisable uniform that shows you've got a certain job, like a branded T-shirt, nurse or police uniform.

· Your employer requires you to wear it while you're working.

· You have to purchase, clean, repair or replace it yourself. However, you can't claim if your employer washes your kit, provides facilities to do so (even if you don't use them) or pays you for doing this maintenance.

· You paid income tax in the year you are claiming for.

The amount of tax relief an employee can claim will depend on the industry. For tax year 2014/15, the standard flat rate expense allowance (FREA) for uniform maintenance is £60. Therefore basic rate taxpayers can claim £12 back and higher rate payers £24. Some occupations have more specific limits, often where specialist uniforms are required. A full list of occupations and their corresponding allowances can be viewed here.

Employees wishing to claim this tax relief for the first time can do so by filling in form P87 online, printing it out and posting to:

Employees should allow five weeks for HMRC to process their claim, who will then confirm in writing how much you are entitled to.

The minimum wage is rising today in the biggest increase since the 2008. The new national minimum wage rates from 1 October for England, Scotland, Wales and Northern Ireland are as follows:

Vince Cable, the Business Secretary, said the minimum wage was a “vital safety net” for low-paid workers. “As signs of a stronger economy start to emerge, we need to do more to make sure that the benefits of growth are shared fairly across the board,” he added.