The 2022-23 Scottish rates and thresholds to apply are as follows: 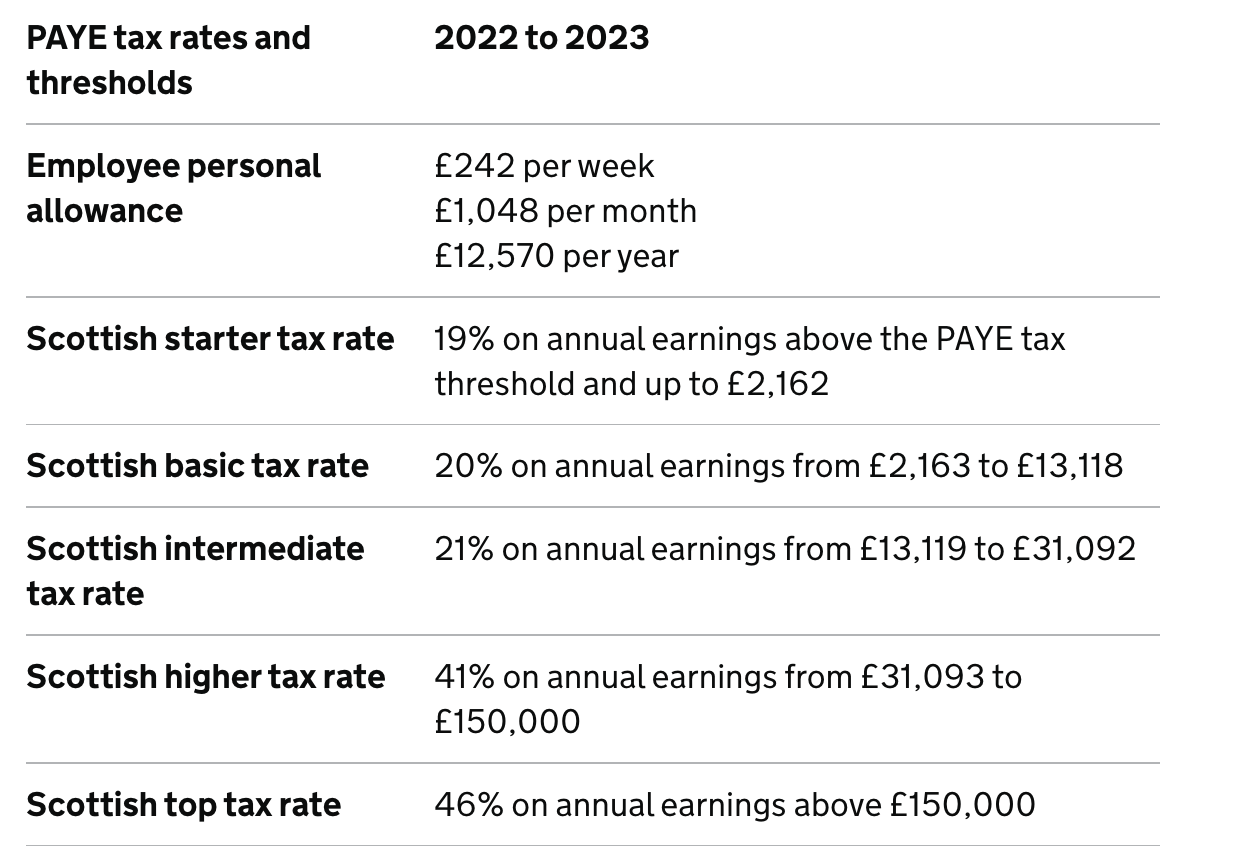